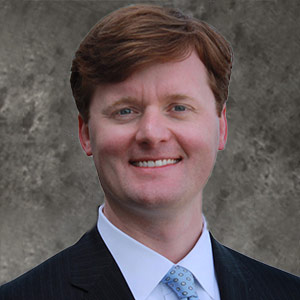 Previously, Mr. Fowler served as Vice President for Information Technology and Assistant Vice President at Cooper/T. Smith Corporation, one of America's largest privately held international maritime firms. Prior to returning to his home state of Alabama, Mr. Fowler served as Operations Manager for Crescent Towing in New Orleans, Louisiana and as a manager of stevedoring and maintenance operations at Cooper Consolidated in Darrow, Louisiana.

Mr. Fowler earned his Master of Business Administration with a specialization in finance from the A.B. Freeman School of Business at Tulane University. He obtained a Bachelor of Science degree from the Culverhouse College of Commerce and Business Administration at The University of Alabama, where he also served as the president of the Student Government Association and student representative to The University of Alabama System Board of Trustees.

Mr. Fowler is the Vice Chairman of the Mobile Airport Authority and currently serves on the boards of directors for the American Waterway Operators, Reese's Senior Bowl, Propeller Club of Mobile, and the City of Mobile Industrial Development Board. He is an active member of the Rotary Club of Mobile, Coastal 150 (Coastal Alabama Partnership), and National Maritime Security Advisory Committee. Mr. Fowler previously served as board member for the Mobile Area Chamber of Commerce and as Secretary of the Mobile Chapter of The University of Alabama National Alumni Association. He serves on numerous alumni advisory boards at The University of Alabama, including the Board of Visitors for the Culverhouse School of Business and Administration. He and his wife Meg reside in Mobile, Alabama, where they are members of Covenant Presbyterian Church and parents to their son, James M. Fowler.