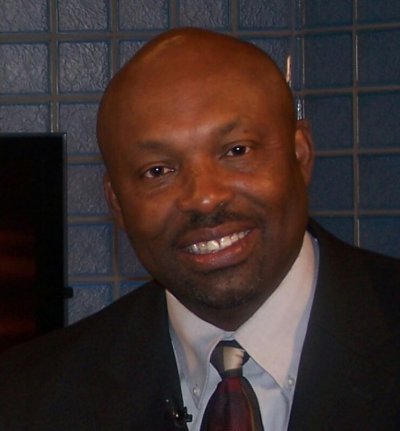 Mr. Curry joined MAA last September coming from Tallahassee International Airport, where he served as Executive Director. While there he led the Airport transition from a Regional to International facility and was awarded The Florida Department of Transportation 2016 Aviation Professional of the year.

Since Mr. Curry’s arrival in Mobile he has provided professionalism and expertise in representing MAA with the overall needs of their largest tenants, such as Airbus, VTMAE, and Continental Motors. During this past year, Airbus announced a partnership with Bombardier to build the A220 aircraft and Flight Works aviation experience center at the Mobile Aeroplex at Brookley. In addition, he spearheaded the complex negotiations of a new agreement with Continental Motors, where they are investing $75 million in a new state of the art facility scheduled to open in 2019. Further to his achievements, Mr. Curry also created a new organizational structure with high caliber talent designed to meet the challenges required to lead MAA into the future.

Because of Mr. Curry’s wealth of experience in the Airline industry, he was able to recruit Via Airlines to provide non-stop service to Orlando/Sanford; Mobile’s first new airline since 2003. Working with the FAA, he also managed the Metropolitan Airport Systems Study to determine the feasibility of moving commercial service from the Regional to Downtown Airport. Under his guidance, the MAA is moving into the Masterplan process for the Mobile Downtown Airport.  This is a brief snapshot of a few items on a long list of his many accomplishments in under a year as Executive Director.

Curry came to MAA with 35 plus years’ experience in the industry serving as an Air Traffic Controller in the United States Air Force, also working as an Airspace and Procedure designer for Boeing/Jeppesen Corporation. He has also held executive management positions at three previous airports. Mr. Curry holds a BS in Professional Aeronautics from Embry Riddle University and an AA from Community College of the Air Force.

He is an Honorary Tuskegee Airman.  He is a member of Airports Council International (ACI), American Association of Airport Executives (AAAE), as well as the Airport Minority Advisory Council (AMAC).

"The Mobile Airport Authority is indeed pleased and proud to announce the promotion of Mr. Chris Curry to the position of President. Chris’ leadership is vital to the mission of our organization.  It is our mission to provide premium air service to the citizens and businesses of Baldwin and Mobile Counties as well as to the residents of the greater Mobile region.  Chris has proven that he is well capable of doing just that,” said Elliot Maisel, Chairman of the Mobile Airport Authority Board.

"I would like to thank the Airport Authority Board of Directors for demonstrating their confidence by selecting me to the position of President. I enthusiastically embrace the challenge to develop a world class aviation environment here and provide premium air service to the customers of our region,” said Chris Curry, Mobile Airport Authority, President.

Established in 1980, The Mobile Airport Authority (MAA) operates the Mobile Regional Airport, a 3,000-acre commercial airport and industrial complex, the Mobile Aeroplex at Brookley and the adjacent Mobile Downtown Airport, a combined 1,700-acre complex. The Aeroplex is blessed with a compelling logistics – land, sea, air and ground and has long been home to several MRO operations and FAA Part 145 repair stations.