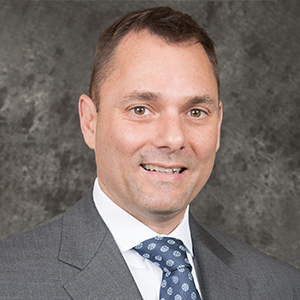 
W. Lance Covan is the Founder of Bon Secour Capital Holdings, LLC., based in Mobile, Ala. Bon Secour Capital Holdings is a private investment fund founded in 2010 to acquire, operate and grow established businesses in the Southeast. Covan currently serves as the CEO and Chairman of the Board of Mitternight Boiler Works, Inc., and Chairman of Al-Fla Plastics. Mitternight is a manufacturer of process equipment that focuses on designing and engineering specialty ASME Code vessels for Fortune 500 customers around the world. These include heat exchangers, chemical reactors, distillation columns and other pressure vessels. Al-Fla Plastics is a wholesale/retail distributor of acrylics, plastics, FRP, grating, piping and structural materials on the Alabama Gulf Coast.

Prior to returning to his hometown of Mobile, Covan served as the president and chief executive officer of the New York Foundation for Leadership at The King's College in New York City.

Covan moved to New York from Tuscaloosa, AL where he functioned as the Director of Athletic Development for the University of Alabama’s Athletic Department. In his role there, Covan’s primary responsibility was to work towards securing $150 million in funding for facility enhancements and seeding the Crimson Tide Foundation.

Outside the world of higher education, Covan has also worked with and consulted for various domestic and international non-profit organizations including the Salvation Army, the American Red Cross and International Professional Resources for China.

Throughout his career, Covan has had a keen interest in social enterprise and entrepreneurship and has placed capital in collaboration with venture and private equity funds in industries that include renewable energy, real estate acquisition and development, banking and manufacturing.

Covan currently serves on the board of directors for a variety of organizations and foundations including, CSS/Ormed Health Technologies, Project Expedition, PathNorth Board of Advisors in Washington, D.C. and The University of Alabama Entrepreneurship Institute Advisory Board. Covan has also been selected to participate in the 2016-2017 Leadership Alabama class. Locally, Covan is a member of Mobile Chamber of Commerce Board of Directors and Advisory Board. He is also a member of Mobile’s own Reese’s Senior Bowl Committee. Covan is a member of Young President’s Organization and Covenant Presbyterian Church.

Covan has earned his bachelor's and master's degrees from the University of Alabama in Tuscaloosa, Alabama and completed post graduate studies at Sichuan Union University in Chengdu, China in 1997. While living in the People’s Republic of China, Lance studied Mandarin Chinese while also studying at a few of China’s most famous universities in Beijing and Shanghai. Lance and his wife, Shellie Pryor Covan, are natives of Mobile, Alabama where they reside along with their two children.