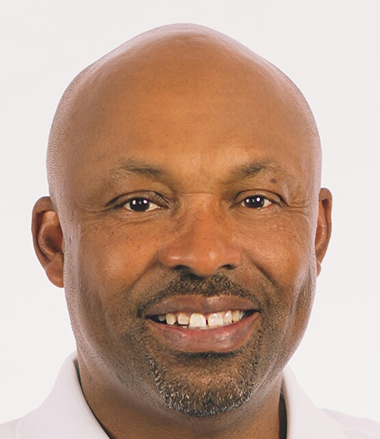 Thomas “Chris” Curry was hired as the Executive Director of the Mobile Airport Authority in October 2017, and was recently promoted to the position of President in September 2018. Upon his appointment to the position, he placed airline recruitment, evaluating the roles of Mobile Regional and Downtown Airports, and expanding business opportunities on the Brookley Aeroplex at the top of his priorities. His overall objective is to provide premium air service to the community and manage the assets of the Authority to achieve the greatest economic benefit to the customers of the region.

Since Mr. Curry’s arrival in Mobile, he has provided professionalism and expertise in representing MAA with the overall needs of its largest tenants, such as Airbus, VTMAE, and Continental Motors. During this past year, Airbus announced a partnership with Bombardier to build the A220 aircraft and Flight Works aviation experience center at the Mobile Aeroplex at Brookley. In addition, he spearheaded the complex negotiations of a new agreement with Continental Motors, where they are investing $75 million in a new state of the art facility scheduled to open in 2019. Further to his achievements, Mr. Curry also created a new organizational structure with high caliber talent designed to meet the challenges required to lead MAA into the future.

Because of Mr. Curry’s wealth of experience in the Airline industry, he was able to recruit Via Airlines to provide non-stop service to Orlando/Sanford; Mobile’s first new airline since 2003. Working with the FAA, he also managed the Metropolitan Airport Systems Study to determine the feasibility of moving commercial service from the Regional to Downtown Airport. Under his guidance, the MAA is moving into the Masterplan process for the Mobile Downtown Airport.  This is a brief snapshot of a few items on a long list of his many accomplishments in under a year as Executive Director.

Prior to his current position with MAA, Mr. Curry was the Director of Aviation for the City of Tallahassee from December 2013 to September 2014.  During his tenure at TLH, he guided the transition of the Airport from a regional to International facility.  He was responsible for the $15M modernization project that significantly improved the terminal aesthetics and writing legislation that resulted in $1M state contribution toward improving air service to the Capital City.  In addition, Chris lead the airport effort to increase the use of green technology by utilizing more than 375 acres of Airport property to build two solar farms.

Before his employment in Tallahassee he served as Executive Director of the Collier County Airport Authority, Gary Chicago International Airport and Project Manager of Airspace and Procedure Design for the Boeing Company.

A native of Savannah, Georgia, Mr. Curry earned his associate’s degree in airway science from the Community College of the Air Force, Montgomery, AL. He also earned a bachelor’s degree from Embry Riddle Aeronautical University in professional aeronautics. He was recently selected as “Aviation Professional of the Year” by the Florida Department of Transportation in 2016.